Garden column: Clear up flower borders or leave everything behind?

Every year in late autumn every garden owner asks himself what do I cut back in the garden before winter and what do I leave until when. This is an exciting question also for us every year.

It makes sense for the insects and animals to leave as much as possible. The leaves offer shelter and protection. Furthermore, many seeds and fruit stands serve as food sources in winter. In addition, many perennials and grasses still have an ornamental value even in the cold period.

Especially when there is hoarfrost or frost, wonderful, sometimes artificial images with the passing nature emerge.

Well, we’re trying to do it pragmatically and practically. Allowing everything to stand until spring is out of the question for us for several reasons:

It is technically impossible to clear 2,000 square meters of borders in March and April. Furthermore, we have many winter and spring flowering bulbs, which would not come into their own if the remains of plants are above ground; some would probably not make it through the old leaves at all or only with difficulty in places.

Therefore we try to start clearing gradually as early as possible
in November.

First of all, all the perennials that have leave our garden or get a new place are removed. Then I cut down those perennials that tend to seed and can cause uncontrolled growth in the beds.

Then I get to work on the borders with the winter flowers: Epimedium and Helleborus will be cut free. 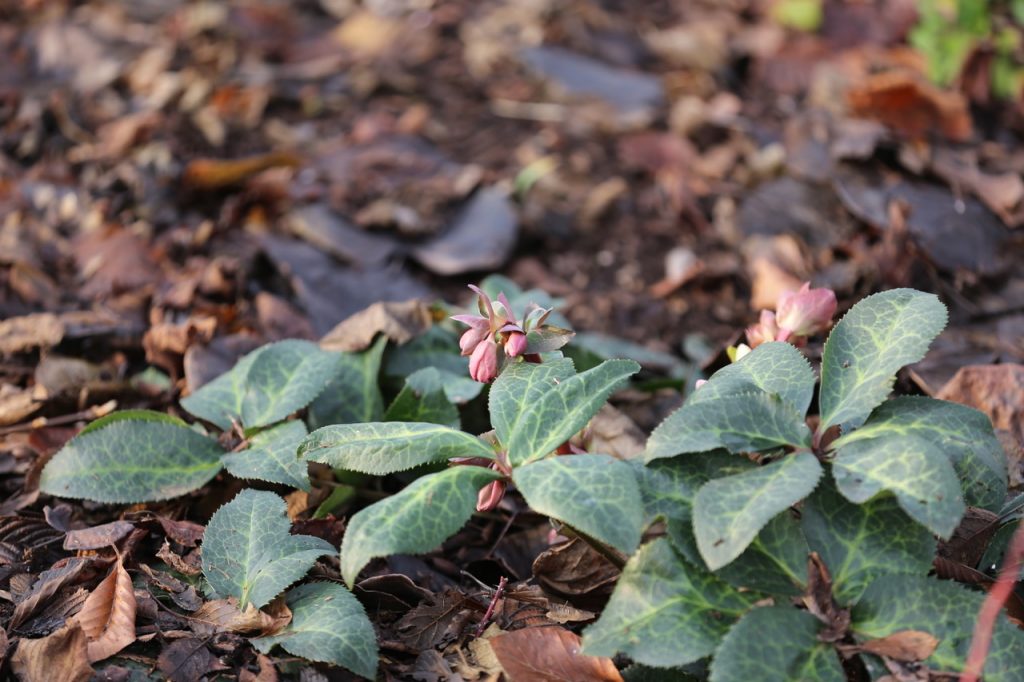 By now it should be somewhere in December and it is now the turn of all flat and medium-sized perennials, as well as tall perennials such as phlox and asters. Grasses and perennials such as Veronicastrum, Monarda, Echinacea, Thalictrum, Sanguisorba and Sedum are allowed to remain standing until mid / end of February.

So far our theory. In practice the procedure differs a bit or take longer :). Anyway, this way of cleaning the garden, give still enough material for all insects and animals in the garden during wintertime. As mentioned in the beginning, every garden is different and therefore every gardener has to find his own way in cleaning the garden before spring.