Bicycle tours at the Niederrhein

The Lower Rhine is known to be very flat and therefore predestined for bicycle tours. In recent years, many communities and cities have made efforts to expand the bicycle network and at the same time to plan tours that are easy to understand. This is how the junction system known from the Netherlands came about, which makes it possible to drive from point to point and always know where you are.
In addition to the “normal” cycle paths, there are also beautiful Allen cycle paths and fantastic routes near the Rhine along the dike.

Our garden is only 500 meters from the ” Alleenradweg ” between Uedem and Xanten.

Since we are on the eastern edge of the Kleve district near Xanten, there are unfortunately no suitable cycle maps to plan tours from here. Hence, below two links to the intersection maps of Kleve and Wesel.

A beautiful tour of around 21 kilometers leads from us over the Alleenradweg to Xanten. Starting point at Bruchergarten or at junction 63. Passing Villa Reichswald (tip: apple strudel with crushed ice cream), it goes to Xanten. If you like, you can take a detour to the cathedral city. From Xanten turn left towards Marienbaum and through the Uedemerbruch Hochwald past Haus Nachtigall back to the starting point.

I was able to create this tour via the page https://www.radroutenplaner.nrw.de. 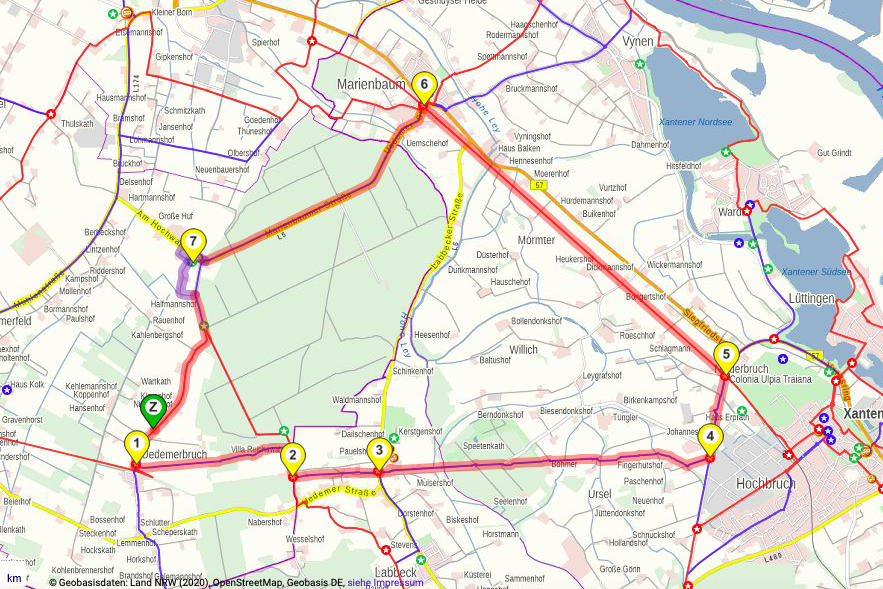 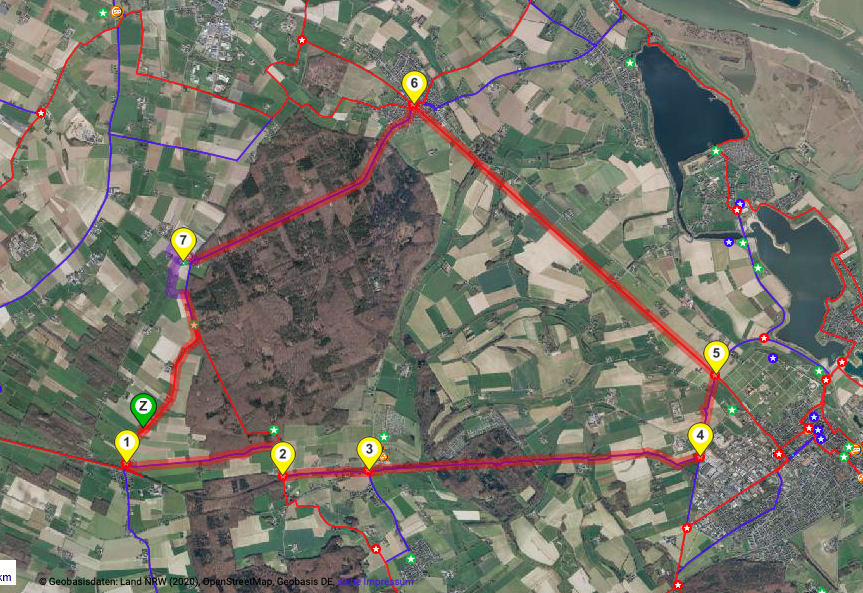 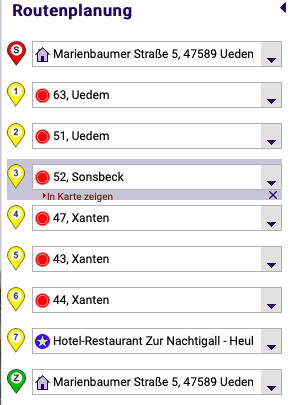 Have a peaceful 3rd Sunday in Advent, everyone!